This Event is a Fund Raising Benefit Tournament to raise money for Heart Attack Victims and their families.

It was first established in 2001 when a member of our Dart Family, Steve Kindred, died from a heart attack. We held a Fund Raiser for his family to help them with the expenses from this tragedy.

Because of Steve’s last name, Kindred, we named this Fund Raising Event after him, “Kindred Spirits”. It would apply to any and all of our like minded Dart Players who shared his passion of playing darts.

Unfortunately, we have not held another Kindred Spirits special event for anyone else since then. But, in remembrance of Steve and all of our fallen friends, I still keep this posted on our site.

From time to time the regular participating players in a specific area will mandate PSP to make a gift of 10% of the accrued MO funds to a specific individual or organization for altruistic and/or philanthropic purposes … we call this the Memorial Gift Allocation (MGA) program.

As of October 7th, 2006, there are “TWO” mandated Memorial Gift Allocations 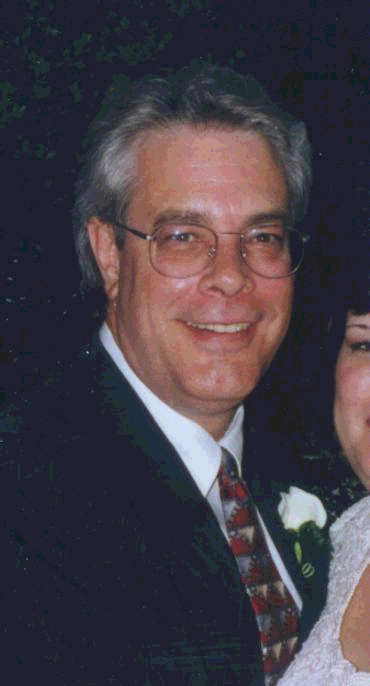 Steve played darts in the Circuit for almost 2 years, at least 3 times a week. He LOVED the GAME. One of his favorite things to do was to WIN the Circuit’s Mystery Out Pot . He managed to accomplish this feat FOUR TIMES in 2 years. Unprecedented! The most amazing thing about his accomplishment is that every time he WON — it was with the #64. I wanted to send this to Ripley’s Believe it or Not, because we can’t fathom the odds of this happening. Every time he hit a 64 out, that # was drawn as a winner and the only time he won it was when he hit the #64. LOL! After he died (shocked us all), the thought was given to retiring that number in Steve’s honor, but we thought of a better way to help remember him. I brought it up to the players that every time #64 was pulled as the Mystery Out number that 10% of the Existing Pot should be DONATED to a Heart Research Foundation in Steve’s Memory. So, the DALLAS Circuit’s many ‘dart players’ authorized the Circuit’s FIRST “Memorial Gift Allocation” on July 31st, 2001. Now whenever someone hits a #64 “out” we say “I just hit a Kindred”, at least those of us who knew and loved him do.

This number is awarded to the Dallas Mystery Out Pot in remembrance of RAY WATKINS who died on Sept 4th, 2006 from arteriosclerosis (heart attack). Ray died in his sleep and was discovered by his sister, Janet, on Sept 5th. Ray was the local League Administrator for the Dallas Dart Association for many years. His love of the game was fantastic. He was awarded the Circuit’s DART-A-HOLIC award at the time this MGA was assigned and it explains the reason this gift was established. 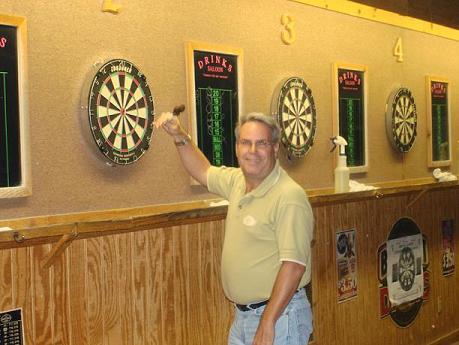 RAY WATKINS – (Dart-A-Holic Award)
Awarded to a most dedicated Dart Player who exemplified the ‘Spirit of Enthusiasm and Passion’ for the “Sport of Darts”. He displayed an undaunted desire to ‘play the game’, ‘enjoy the game’ and ‘teach the game’, while maintaining a ‘SUPERIOR attitude of Sportsmanship’. He was always “Up for a Game” and either wore the board out from practice or your ear out with ‘dart stories’. As Dallas’ “Dart Aficionado” & DDA Administrator, he kept the local league running smooth and insured it followed the “Rules of the Game”. Thank You, Ray. You will be remembered.

Some of Memorial Gift Allocation donations and letters sent over the years:

Can there be more mandates in the future?

Yes! From time to time, a specific Mystery Out number can also be allocated in memorial of a fellow dart player. This is determined and initiated on by a majority of the regular participating players at the time the mandate is requested, voted on and issued.

How is a Memorial Gift Allocation authorized?

Any regular Circuit Player in a specific neighborhood can request that an “MGA” be authorized on behalf of a deceased Circuit Dart Player for that neighborhood by emailing the Circuit Director with their request and reasons for this request. This MGA request is then posted on the Circuit’s Forum/Blog and opened up for discussion by the players. After Two full months of discussion, the MGA is voted on by the ‘players’ to decide if this MGA goes into effect and when the mandate is authorized to begin.

What’s the Mystery Out?

the Mystery Out Pot is

the Triple Pot is

Where to Play Today!

Friends of the Circuit